Jamieson Park - A property to be proud of!

What was once a 150 acre maize paddock has undergone a grand transformation into a centre of thoroughbred excellence.

Jamieson Park is located at Mangatawhiri, 25 minutes south of New Zealand Bloodstock’s Karaka complex, and was purchased by James Chapman in 2009. Under the guidance of experienced manager Sam Munro, it has undergone significant and impressive development.

Chapman and Munro’s paths first crossed nearly a decade ago and they have since worked tirelessly in sync with major investment on the ground and in a band of broodmares to make them competitive in major selling arenas.

"When he bought this property James had a big farm down the road and then sold that.” - Sam Munro.

"When he bought this property James had a big farm down the road and then sold that,” Munro said.

"This place was just one paddock of maize and since then we’ve developed it and all the main infrastructure. It is done with post and rail fencing, a 15 horse barn, a walker and round yard and the nursery for all the young mares and foals and two vet areas.

"There’s also three houses here. We wanted to do it well and before I had met James he had got around all the stallion parades and had the idea of setting up his own place.

"We’ve got about 30 mares and we started off buying a few cheapies and did quite well with those and every year we’ve upgraded.

"James has bought two Group 1 winners off the track this year – Savaria and Thee Auld Floozie and they’ve both gone to I Am Invincible.” – Sam Munro.

"James has bought two Group 1 winners off the track this year – Savaria and Thee Auld Floozie and they’ve both gone to I Am Invincible.”

Savaria (NZ) (Savabeel) was successful in the New Zealand Oaks while Thee Auld Floozie (NZ) (Mastercraftsman {IRE}) has the Thorndon Mile on her resume.

Munro has worked at Windsor Park Stud and Mapperley Stud in New Zealand as well as Airdrie Stud in Kentucky. After returning from overseas, he spent four years managing Trelawney Stud.

He then bought and developed Halo Farm, primarily focusing on training and preparing horses for sale. He was the leading vendor on two occasions at the New Zealand Bloodstock Ready To Run Sale.

"Jamieson Park is still very young, but we have kept improving our broodmare band, pastures and facilities,” he said.

"It’s exciting times ahead and I'm sure there will be plenty more top racehorses come off this property.”

Jamieson Park will tread new ground next year as first-time vendors at the Magic Millions Gold Coast Yearling Sale with two youngsters to go through the Bhima Thoroughbreds draft.

They will sell Lot 56, a colt by Savabeel (Zabeel {NZ}) out of the Stratum mare Refreshing, who is from the family of champion stallion Redoute’s Choice and Lot 389 is a Hinchinbrook filly from Be Inspired (Zabeel {NZ}).

The filly is a half-sister to the Listed winner Ruettiger (Duporth) with their dam a sister to the G3 Naturalism S. winner Rainbow Styling.

"Refreshing has got an I Am Invincible filly and she’s under cover to Churchill,” Chapman said. "Be Inspired slipped to Hinchinbrook and she’s now in foal to Vancouver.

"We usually have between four and six mares in Australia permanently.” – James Chapman.

"We usually have between four and six mares in Australia permanently.”

Chapman said he was delighted with Jamieson’s development and, what was for a time one-way financial traffic, that it’s now moving in a more positive direction.

"It’s a pretty cool property. Sam and I have built it up and I’ve spent a lot of money, but we’re getting the returns and I’m rapt with it.

"We had a very good sale at Karaka earlier this year with a Lonhro filly that made $520,000.” - James Chapman. 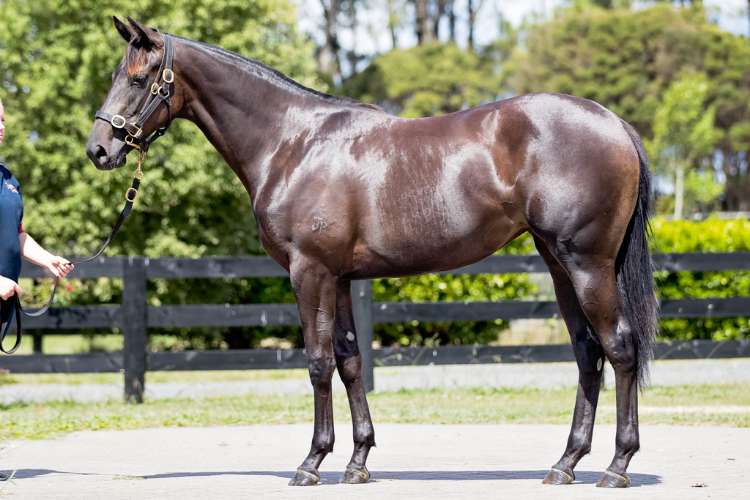 Their nine Book 1 lots sold for NZ$1.98 million, making them the second top vendor by average at NZ$220,000 and they are preparing another quality draft for 2019.

"We’ve got lovely colts by Shamexpress, Savabeel, I Am Invincible, a Dissident colt and a couple of So You Think fillies and 13 of the yearlings are of our own breeding,” Chapman said.